Welcome to Professor Per Lilje, sabbatical

DARK welcomes Per Lilje, who will spend his 2013-14 sabbatical year at DARK.  Per is Professor at the University of Oslo and is formally Head of Department, Institute of Theoretical Astrophysics.

The aim of the sabbatical is to foster cooperation between Danish and Norwegian astrophysicists in the science of the upcoming Euclid Mission. He is especially interested in the use of clusters of galaxies and redshift space distortions as secondary probes.

Euclid is a survey mission designed to understand the origin of the Universe’s accelerating
expansion. It will use cosmological probes to investigate the nature of dark energy, dark
matter and gravity by tracking their observational signatures on the geometry of the universe and on the cosmic history for structure formation. Euclid will map the large-scale structure of the Universe over a cosmic time covering the last 10 billion years (redshift~2). 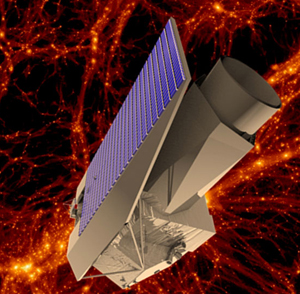 The surveys will provide a measurement of large scale structure via different physical fields (potential, density and velocity), which are required for testing dark energy and gravity at all scales. The Euclid surveys also yield data of several important complementary cosmological probes such as galaxy clusters, the redshift space distortions and the Integrated Sachs Wolfe Effect.

Both Denmark and Norway are strongly involved in the Euclid mission. Per leads the
Norwegian participation, which consists of industrial development of parts of the NISP instrument, a contribution to the Science Ground Segment, consisting of data quality control tools, and participation in the scientific use of the data. Per will work with scientists at DARK, at DTU Space and elsewhere in Denmark to build collabroations leading up to the Euclid mission.