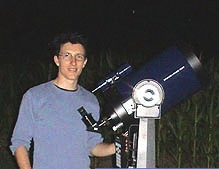 Sebastian’s main research interests include: active galactic nuclei (AGN) and unification and growth of supermassive black holes. He will be investigating the origin and consequences of the dust surrounding AGN both theoretically and observationally.