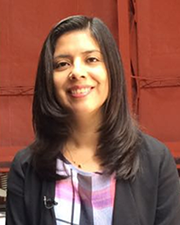 My research focuses on the analysis of fundamental parameters of galaxies, such as the gas metallicity, star formation rate, stellar mass, and neutral gas, among others. I analyze large samples of galaxies with the aim of identifying the drivers in the evolution of galaxies. I belong to large surveys of galaxies, such as the GAMA survey, and I am currently directing the Metal-THINGS survey, and IFU spectroscopy survey aimed to combine resolved information at multiple wavelengths in nearby galaxies.