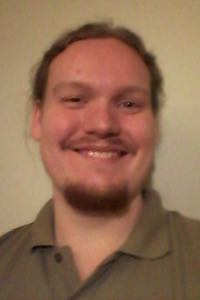 Congratulations to Thejs Brinckmann who successfully defended his Master’s thesis Friday 21 August. Thejs has been working on a project with the title ''The Structure of Clusters in a Self-Interacting Dark Matter Cosmology''.

Despite the success of the current standard model of structure formation, the Cold Dark Matter (CDM) model, the nature of dark matter remains a mystery. In particular, it is an open question whether dark matter has additional interactions other than gravity, which can impact the formation and evolution of galaxies.

Amongst these possibilities is that of Self-Interacting Dark Matter (SIDM), where dark matter can collide with itself at a significant level. SIDM shares the successes of CDM at large scales, and predicts a different dark matter distribution in the inner regions of dark matter halos. The SIDM model has the potential to solve some of the challenges faced by the CDM model, namely the core-cusp problem and the too big to fail problem.

In this thesis, I explore the SIDM model using numerical N-body simulations of a sample of 15 relaxed cluster-size halos, with the goal of analyzing their inner structure. Specifically, I quantify the difference between SIDM and CDM in the spherically averaged radial density profiles and shape of the dark matter halos. For the latter, I developed a code that computes the shape of concentric ellipsoidal shells using the eigenvalues and eigenvectors of the shape tensor. I also examine the assembly history of the halos and estimate their formation time. Unfortunately, due to constraints on computational resources I was not able to simulate a sufficient number of halos in time for the completion of this thesis and cannot draw firm conclusions. The current results, however, quantify important differences in the inner structure of clusters that in the future, with better statistics (more halos), should allow for a direct comparison with the observed shape and density of clusters of galaxies. This is a promising application with the purpose of tightening constraints on the collisionality of dark matter.