Johannes Andersen named Associate Professor Emeritus at DARK after many years of reseach. 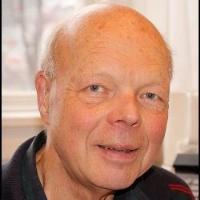 Johannes Andersen was born 1943, got his MSc in 1969 and a DSc (dr.scient.) in 1991. He has worked continuously for CU since 1964, punctuated by several years abroad, helped found the ’new’ NBI in 1993, and joined DARK as Associate Professor Emeritus at the start of 2015. In the period 2002 – 2013 he was seconded from the NBI to serve as Director of the Nordic Optical Telescope (NOT) on La Palma. His private and professional partner since 1970 is Swedish astronomer Dr. Birgitta Nordström.

His scientific – and mostly observational – work has focused on understanding the structure and evolution of the Milky Way Galaxy as the prototype disk galaxy. In an initial effort, the reliability of theoretical models to predict stellar ages was tested with accurate empirical data for eclipsing binaries and open clusters. The main thrust has been the assembly and analysis of a complete data set of ages, metallicity, space velocities and Galactic orbits for ~14,000 nearby Solar-type stars, published in 2004 as “The Geneva-Copenhagen Survey of the Solar Neighbourhood”, while the detailed nucleosynthesis history of the disk was analysed in a 1993 spectroscopic companion paper. Recognising the seminal role of Bengt Strömgren in this field, we organised IAU Symposium 254 “The Galaxy Disk in Cosmological Context” at the NBI at his 100th anniversary in 2008. Current work focuses on understanding the nature of halo stars below the metallicity of globular clusters.

Throughout his career, Johannes has also worked on telescopes and instrumentation, first with the Brorfelde Schmidt telescope, then the Danish 1.5m at ESO, La Silla, and later both the ESO 3.6m and VLT and the NOT, specialising in spectrographs. In 1990 he initiated a CCD camera development programme, which has been quite productive and continues today.

Finally, Johannes has been much involved in organisational matters and strategic planning, first in the Danish ‘Astronomy Committee’ managing the funding for ESO-and NOT-related research, then as first PI of the IJAF, later IDA ‘Instrument Centre’ that took over that role from 1996. Other tasks include Chair of the ESO Scientific and Technical Committee 1993-95, General Secretary of the International Astronomical Union (IAU) 1997 – 2000, and first Board Chair of ASTRONET, the consortium of the major funding agencies for European astronomy that was founded as an ERA-NET in 2005 to prototype a strategic planning process that is now becoming a permanent activity.