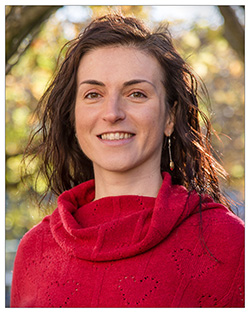 Irene Tamborra is Knud Højgaard Associate Professor and leader of the AstroNu group. Irene completed her Ph.D. at the University of Bari in 2011. Before joining the Niels Bohr Institute in January 2016, Irene has held research appointments at the Max Planck for Physics in Munich, as Alexander von Humboldt Fellow, and at GRAPPA, Center of Excellence of the University of Amsterdam. Irene’s research activity is in the area of theoretical astroparticle physics, with focus on neutrino astrophysics and cosmology. In particular, Irene is interested in exploring the role of weakly interacting particles, such as active and sterile neutrinos, in astrophysical environments. She also aims at unveiling what can be learnt from the observation of neutrinos from the most extreme but yet mysterious astrophysical transients occurring in our Universe, such as core-collapse supernovae, neutron star mergers and gamma-ray bursts.